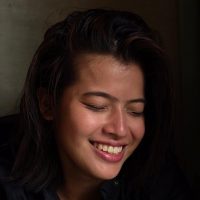 Alecs Ongcal is a Manila-based freelance photojournalist who holds a degree in Psychology (at De La Salle University in Manila). She started her career as a photojournalist in 2013 while finishing her degree, and has covered major news such as Pope Francis' 2015 visit, the Philippine Drug war, and Typhoon Haiyan.

Her work in Marawi City following the 2017 siege describes the story of the successful rescue mission by 1SRB troops of trapped military personnel deep behind enemy lines in the brutal Battle of Marawi.

Her story about the country's communist group follows the fight of communism in the mountains of the Philippines where the New People’s Army is celebrating 50 years since it took up arms. The armed wing of the Communist party of the Philippines is the oldest fighting communist guerrilla force in Asia

Alecs has contributed her works to various international wire agencies and local news outlets like the Associated Press, the European Press Agency, the National Press Radio, and Rappler.com.

If she is not busy covering news or pursuing stories, she takes pleasure photographing pets for Paws & Click, a pet studio she is partnered with, and she also manages the marketing for her family’s framing business.