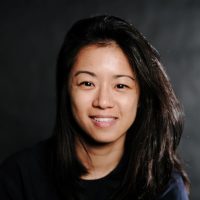 Mindy Tan is a Singapore documentary photographer who captures people in their everyday lives.

She began her career as a newspaper journalist at The New Paper, covering breaking news, migrant labour, and youth-community issues. In 2007, she won the Society of Publishers Asia Award for Excellence in Human Rights Reporting.

Today she is a commercial and editorial photographer, taking on assignments from documentary to sports.

She has been involved in covering international events like the Beijing Paralympics 2008, the Singapore F1 Grand Prix, and WTA Championships 2015-2018. Clients include Bloomberg, Reuters, Die Zeit, Nike, Microsoft, Uniqlo, Mini Cooper and Samsung. She has exhibited in Singapore, Tokyo, Kyoto, Cologne, and Nantes.

She is also a global ambassador with Fujifilm. Last year, she wrote the script, and is the interviewer/narrator for Camera Punk, Fujifilm’s 90-min documentary. She also hosted her own Fujifilm-commissioned Youtube series, FujiGirl.