While Amsterdam may be Holland’s number one tourist destination, The Netherlands is also famous for the beautiful and iconic Dutch Windmills. These classic structures are especially fun to photograph during a foggy sunrise. Elia and Albert share how they capture a stunning set of images. In The Netherlands, there are certainly a lot of parties but none of them come close to the chaos of King’s Day, the largest street party in the world. Amsterdam comes alive with hundreds of thousands of people all celebrating in the streets together.

Holland isn’t just known for the iconic streets and canals of Amsterdam, The Netherlands is also well known for the countless picturesque Dutch windmills that are incredible for photography, especially with the right foggy conditions. Elia and Albert spend a misty morning sunrise in Zaanse Schans capturing a range of different images from the very iconic, to the very unique - all the while explaining their thought process for shooting the classic beauty of the old Dutch village.

An epic morning at Zaanse Schans also falls on King’s Day, which is the largest celebration in The Netherlands. Imagine a street party as large as the country itself, full of millions of people all dressed up in random pieces of orange clothing, partying like there’s no tomorrow. Elia and Albert navigate the busy streets and have an epic time in the process.

Of course, Amsterdam is also an amazing city for photography and while it can seem overwhelming at first, Elia shares a few of my favorite spots to shoot along the canals. After sunset and during the blue hour, the lights of the old city come alive and the river boats create amazing streaking lights though long exposure frames.

Holland also has an amazing international community of photographers, and on each visit, Elia hosts photo walks through the city. This photowalk is co-hosted by Alastair Jolly from Flickr / Smugmug. 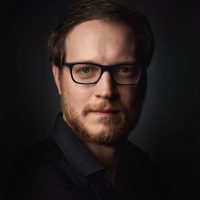 Albert Dros is a 34 year old photographer from The Netherlands known for his extreme passion for landscape photography, always wanting to plan unique shots. Volcanos, Solar Eclipses, he’s done it all.

His work has been published in the biggest media channels in the world, like Time, Huffington Post, Daily Mail, National Geographic and so on. He is addicted to landscape photography and capturing the beauty of the world. Next to photography, he is specialised in design, motion graphics, video, audio, basically everything that has anything to do with media as he has a Master Degree in Multimedia & Entertainment technology. 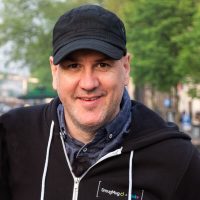 Alastair Jolly has been in the photography industry for more than 20 years. Although he specialized in social and commercial photography throughout his professional career, he has always managed to find time to capture imagery for his own personal enjoyment and creativity.

He finds creativity pulls him in different directions frequently while photographing and he is as happy photographing long exposure sea and cityscapes as he is in the middle of a vast landscape or indeed on a Photowalk around a city.

Now, with his roles at SmugMug & Flickr, he is very fortunate to travel frequently, work with the best photographers in the world and he always makes sure to find some time for himself and his camera in places around the world.