Episode 7 is huge! Visit some of the best photographic locations that Kyoto, Nara and Osaka during the peak of the cherry blossom season. While the early bird gets the worm, the severely early photographer gets the shot. Starting as early in the morning as possible can assure the best possible photographic results in Kyoto’s busiest destinations. If that’s not enough, visit Osaka Castle as thousands of cherry blossoms surround the stunning architecture.

Episode 7 is the biggest episode yet! Explore and photograph some of the best locations in Kyoto, Nara, and Osaka during a beautiful sakura season beginning with the seemingly infinite rows of vermilion torii gates in the Fushimi Inari Shrine. A very early morning ensures Elia has the entire shrine all to himself as the lanterns light the beautiful paths.

Elia connects with local tour guide, Yumi and they take a train together to Nara and explore some of Japan’s most important cultural and UNESCO World Heritage sites like Todai-ji temple. But Nara isn’t just known for the ancient architecture, it’s also famous for the thousands of nearly domesticated local deer that have become a tourist attraction themselves.

After another very early morning photographing the famous Bamboo Forest in Arashiyama, Elia quickly learns just how busy this location becomes when mainstream tourists arrive. Thankfully arriving super early ensures the ability to get the shot, and before heading to Osaka, Elia shares about every piece of gear that’s in his camera bag.

In Osaka, Elia meets up with local landscape photographer Hideaki Sumi and they photograph a great spot at Osaka Castle where the Cherry Blossoms surround and frame the castle. They stay through a beautiful sunset and blue hour and are able to get the perfect shot with the best light. 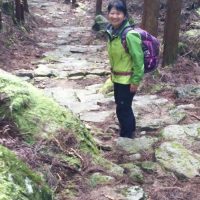 Yumi was born and grew up in east Tokyo where people took care of each other warmly. Her father worked for JNR, Japan National Railways, for more than 50 years, which took Yumi all across Japan by enjoying the family discount. This background eventually became an ideal training for her as a future tour guide. She majored in Chinese ancient literature and Chinese language in Waseda univ. & Qinhua univ. in Beijing. Yumi stayed in west coast of US, then started guiding in English & Chinese and teaching English back home. Yumi set up Kingfisher JAPAN KK in 2017 to introduce the essence of Japan through her sharp eyes. She specializes in Japanese art and literature, also is an expert of leading walking & trekking tours as well. As a distinctive storyteller, Yumi takes you an enjoyable time travelling during your stay in Japan. 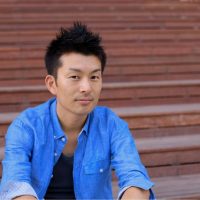